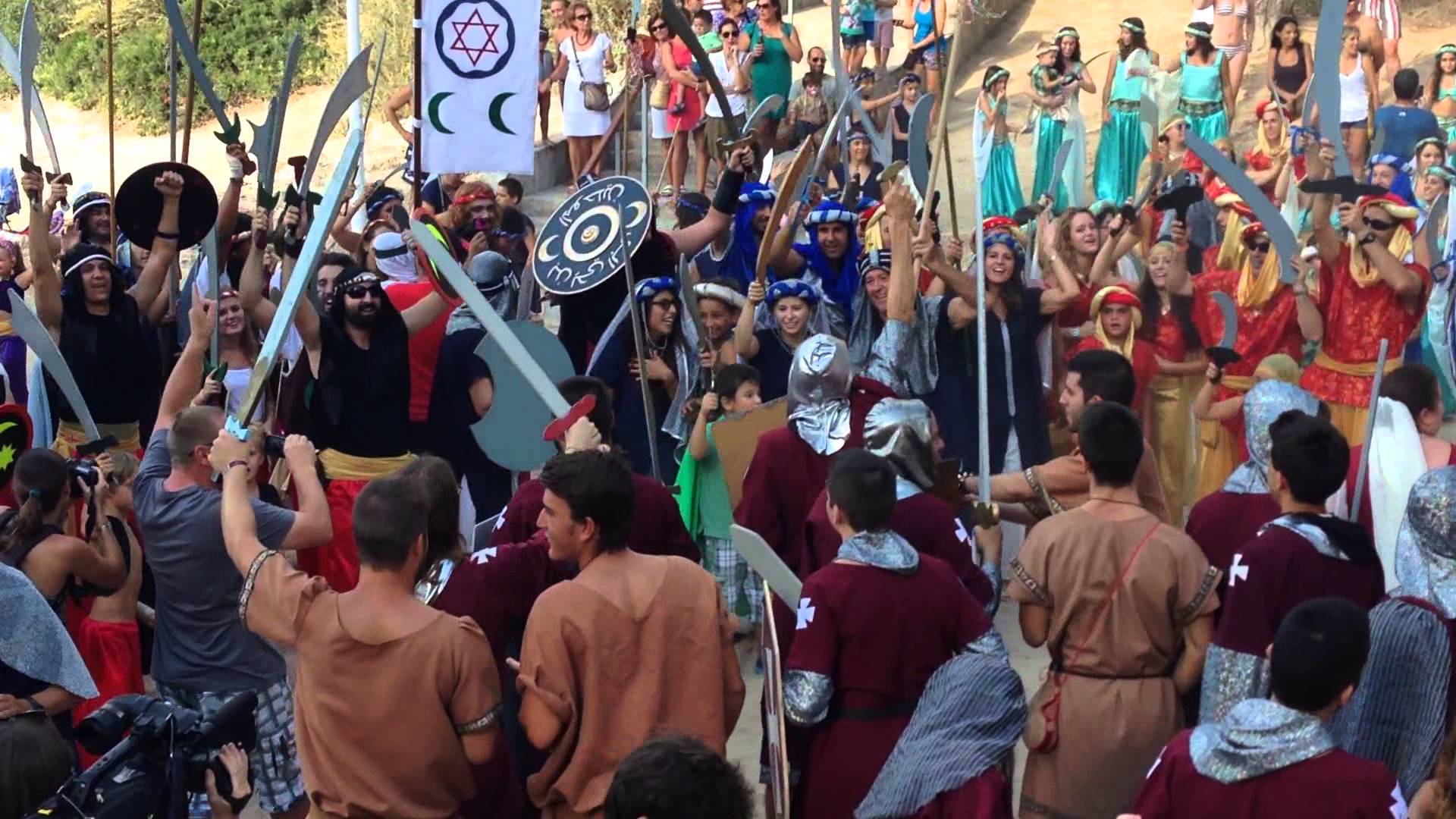 The festival of Rey Jaime I

The festival of Rey Jaime I, the successful landing and the great battle against the Moors.


In Majorca September is a month of celebrations and this weekend more than ever.


I´m sure for many it's no surprise as you´ve already been celebrating the festivities of the Rei en Jaume for several days ... and well done. From the beginning of September, Santa Ponça commemorates the conquest of Majorca in the hands of the Rei en Jaume in 1229 as it was in that precise place, specifically in the Creu del Desembarcament, where history places the first battles between the conquistadors and the Saracen defenders. Have you ever imagined the landing of the King or fighting in the great battle of the Moors and Christians? Needless! This weekend you´ll understand what it feels like.

This Saturday, at around five thirty in the afternoon the bay of Santa Ponça becomes filled with Christian boats, waiting to receive the king's orders and disembark on the coast of Majorca. When hearing the signal they land on the island and the first battle of the afternoon takes place, giving the starting signal to the most awaited moment of the festivities, the parade of the two troops. Colours, costumes and banners, music and even horses get one to doubt between fiction and reality. This parade is accompanied by the giants embodying the Rei en Jaume and the Reina Violant d'Hongria which follow the parade up to the main beach of Santa Ponça, the setting of the Great Battle.

Before the battle begins the expected "Ball dels Escamots" takes place, a traditional dance of modern origin and worthy of seeing. After the ball, the two troops throw themselves on the sand, simulating the longest and most intense battle of the day, which comes to an end, as history indicates, with the victory of the Christians. And of course, there's no victory without a celebration! Music, dancing, surprises and performances... you definitely can´t miss it!
Published: 08 Sep 2017
Share this post -