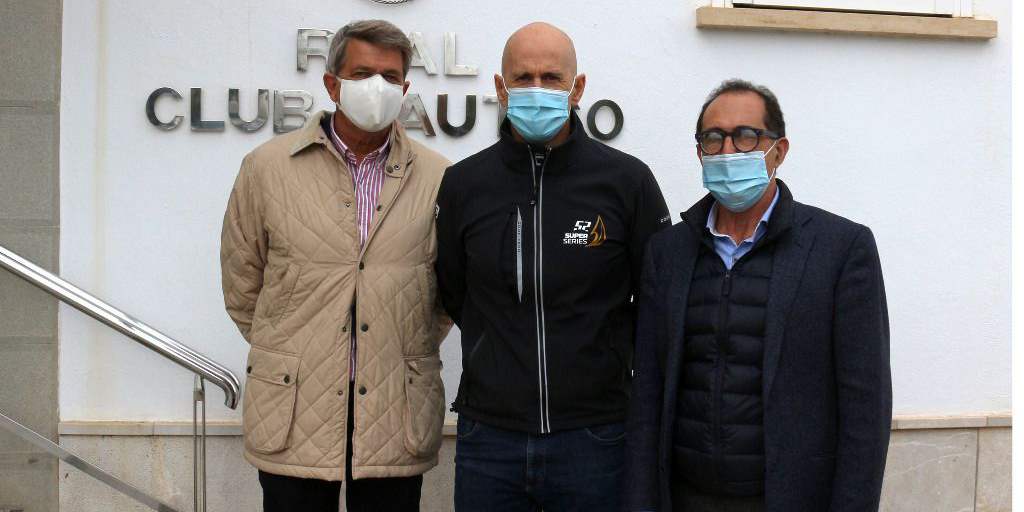 Mallorca to host the Rolex TP52 World Championship in 2021

The island's vibrant sporting activity continues with exciting news: the 2021 Rolex TP52 World Championship will be held for the second time at the Royal Palma Yacht Club from November 1st to 6th. The event will mark the closing of the 52 SUPER SERIES, the world's premier high-performance monohull racing circuit, which has been held annually since 2012.

Agustín Zulueta, CEO of the 52 SUPER SERIES, Emerico Fuster, President of the RCN Palma, together with our CEO and Commodore of the club, Jorge Forteza, were the driving forces behind the agreement reached for the celebration of this prestigious event. At a ceremony held on March 4th at the club's premises, the three highlighted the great sporting and social relevance of the competition.

The organisers have highlighted the importance of the World Championship not only for the club and the nautical sector, but also for Palma's economy. "We are very aware of what the 52 SUPER SERIES means for the cities where they are held, so we are very proud to have brought this World Championship back to our club and to Palma, after 12 long years". The aim is to gradually return to normality without neglecting health safety. It should be noted that 33% of the crew participating in the regattas are from Asia and Oceania, for which reason we will have to wait to know for sure that they can travel quarantine-free.

Spain is the absolute protagonist of the new 2021 calendar of the 52 SUPER SERIES with 4 competitions in the second half of the year: Valencia, Puerto Portals, Mahon and finally Palma where the World Championship will be held.

Berkshire Hathaway HomeServices Nova Mallorca Real Estate actively supports this sporting competition, firmly believing in the positive contribution it makes to the city of Palma. This elite competition, which over the years has proven to be the world's leading grand prix regatta circuit, was already organised by the Royal Palma Yacht Club in 2009 and promises to boost the sporting calendar, practically paralysed by the restrictions of the Covid-19 pandemic.