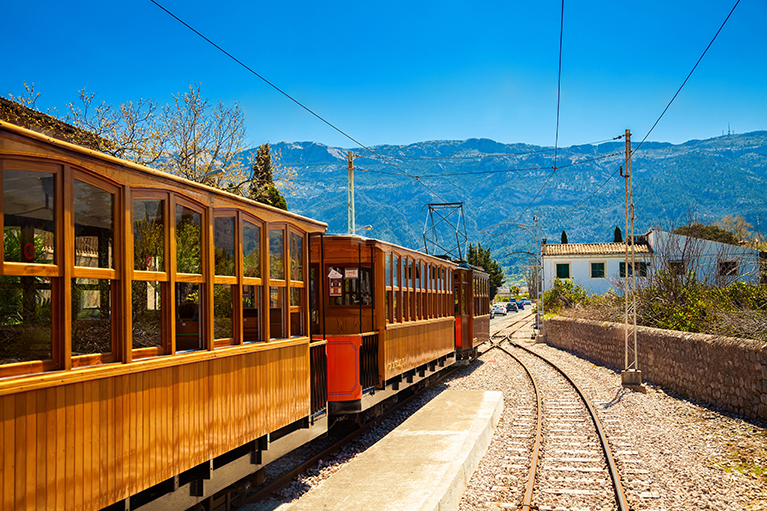 Properties for sale in Sóller, the historic “Golden Valley”

The Serra de Tramuntana offers areas with unimaginable beauty and a historic legacy which will make you fall in love with it instantly. Located diagonally from the west to the north of the island, the villages which are hidden within it since the boom of the tourism in the 60s have been the international focus of celebrities, lifestyle magazines and lovers of luxury and nature. Sóller, located between the towns of Valldemossa and Deià, is a unique attraction that those lucky enough to live in it can hardly explain it with words. At Berkshire Hathaway HomeServices Nova Mallorca we would like to present our catalogue of properties for sale in Sóller and we will be telling you what makes this magnificent location so special. Would you like to know more? Keep reading.

A Mediterranean town, between land and sea

Sóller is a town located in the Serra de Tramuntana which has everything you could ask for in a Mediterranean town: traditional Mallorcan architecture, narrow cobbled streets, picturesque boutique style stores which sell locally produced food items and most of all, a lot of culture and tradition. Also, its picturesque location, in a beautiful valley, doesn’t affect its access to the sea through its port extension: the Port of Sóller.

Its history marked a before and after for the island, as its trade in citrus fruits, for which the area is famous for, opened its borders inside and outside the island to the European and American community, making the town economically efficient for centuries. If there is one characteristic colour that can be seen across the panorama of the valley, it would be orange. And for the sake of redundancy, this is due to the oranges which grow in it, a high-quality product which has made the towns surrounding be known as “the Golden Valley”. This fact sparked the interest of great European investors, who fell in love with Sóller and who made it their residence, investing in its surroundings with imports of modernist art that can still be seen on its façades and buildings.

The Sóller tunnel and the Sóller railway, two access points with a lot of history

Not so long ago, the experience of entering the village was a complete adventure. Its strategic location meant that accessing the heart of Sóller by any means took an extensive journey through the Coll de Sóller, a mountain pass that had to be crossed to reach Sóller with a height of almost 500 metres, or by sea. Since the 1990’s, fortunately, these routes have had a much faster and more comfortable alternative: the Sóller tunnel, a tunnel which crosses the mountain and draws a straight line to the town and which has been free of charge for a few years now.

Another classic way to access the area is with the historic Sóller train, a train which dates back to 1912 and which connects Palma de Mallorca and Sóller along its 27.3 km trail as well as Sóller with its port. By establishing a direct connection with the capital of Mallorca, where we find the airport and many foreign tourists, the Sóller train has become an unmissable tourist attraction on the island.

Buying a property for sale in Sóller is living every day in an environment marked by its natural beauty and cared for during decades by locals and loving international residents. Establishing your home here is a magnificent way to discover the countless secrets hidden within it and live first-hand the areas celebrations and traditions. Would you like to know more? Don’t hesitate to contact our real estate agents in Palma and we will help you to resolve any query which you may have. Are you ready to discover the “Golden Valley”?