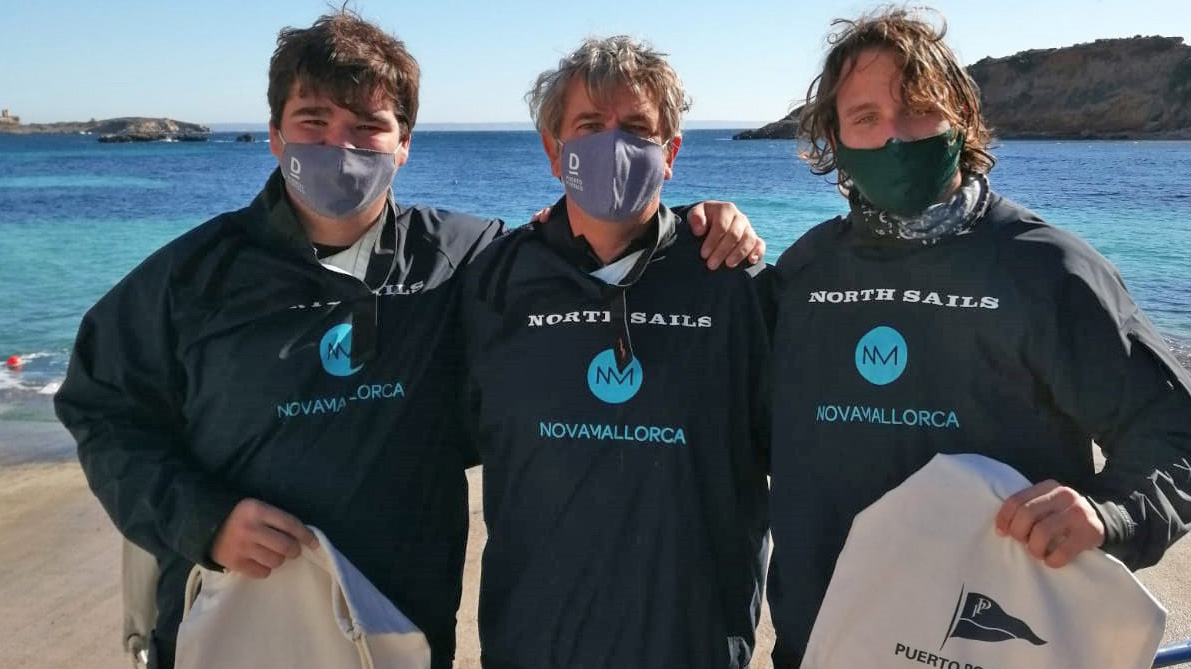 The new year began on a high thanks to the victory of “Mister Nova”, the Dragon class keelboat armed and skippered by Jorge Forteza, and manned by Joan Freixas and Juan Mut. After a superb performance on the water, our CEO and his well-trained crew were proclaimed the final winners of the most exciting sailing competition on the island.

The IV edition of the Puerto Portals Dragon Winter Series, which took place in the bay of Palma, brought together participants and sailing enthusiasts under strict safety rules derived from the pandemic. The organisers assigned the competition to the even-numbered moorings on the jetty, each time leaving a space between the boats, to reinforce the safety of the crews, who put all their energy into trying to achieve a hard-fought final victory.

The competition, organised by the Puerto Portals Regatta Club, leaves a tally of 14 races divided into three acts from November to its conclusion on January 17th. The team led by Jorge Forteza, sailing on behalf of the Real Club Náutico de Palma (RCNP), ended the competition with 32 net points and a total of five partial victories, which allowed them to beat their nearest rival by three points.

From the second act onwards, the upward progression of "Mister Nova" began, leading to the coveted final triumph. Undoubtedly, a commendable achievement by Jorge and his crew, considering the high level of their main contenders, which included combinations from Germany, Sweden, Austria, England and Denmark. As a result of the harsh weather conditions, only five of the registered boats crossed the finish line.

The beginning of a year full of hope and great possibilities

The IV Puerto Portals Dragon Winter Series was marked by all kinds of weather conditions, although ultimately it were the health and safety regulations, decreed by the Balearic Government, that set the pace and limits of the competition. The trophy ceremony is postponed until the health situation allows it to be held.

For our part, at Berkshire Hathaway HomeServices Nova Mallorca Real Estate, we are looking forward to the opportunity to congratulate the winners, and toast to a well-deserved triumph!