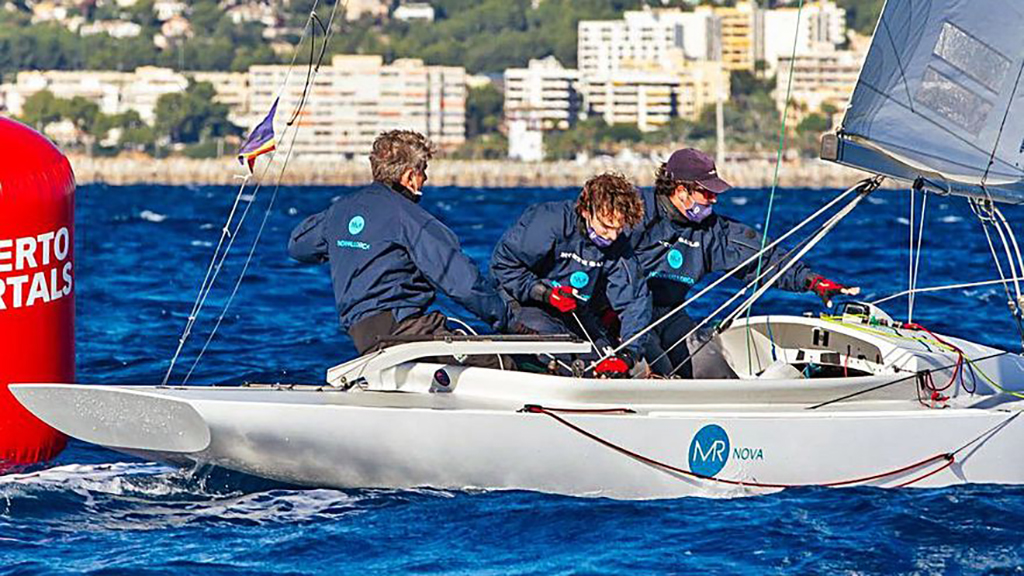 ”Mister Nova”: a strong contender for the title of the IV Puerto Portals Dragon Winter Series

Successfully completing a difficult year is not impossible! This is what Jorge Forteza, our CEO, came to demonstrate by participating in the IV Puerto Portals Dragon Winter Series, at the helm of his “Mister Nova”. The crew took the provisional podium thanks to the victory obtained on the last day.

Both participants and fans will have to wait until January to know the overall champion. The second stage of the competition narrowed the gap between the top three finishers, placing Mister Nova among the title contenders.

"Mister Nova", a Dragon class keelboat armed and skippered by Jorge Forteza, who sails on behalf of the Real Club Náutico de Palma (RCNP), was the winner of the second leg of the Winter Series. After a total of five races, with two first and three third places, Jorge and his well-drilled crew are now in second position, just two points behind the leader.

More challenging competitions to kick off a promising year”

The competition, with nine regattas so far, will resume on January 15th. Puerto Portals will host the rest of the day-races, as well as being the European base for further important sailing events: the 4th Mediterranean Cup will take place from February 26th to 28th, and the European Championship will be held from April 10th to 16th.

Berkshire Hathaway HomeServices Nova Mallorca Real Estate is looking forward to the final outcome of the Dragon Winter Series, a succession of one-day regattas for keelboats, organised by the Puerto Portals Yacht Club, which will finish on January 17th.